The flooding, which is roof-high in some areas, has affected more than 700,000 people since it started a week ago, the Interior Ministry said in a statement.

At least 12 people have died, according to counts from the ministry and local officials, as waters turn roads into rivers and rip away stretches of rail track. 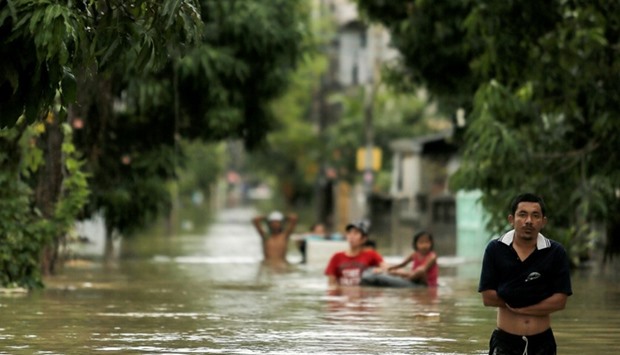 The floods have also damaged more than 1,500 schools in the region, according to officials.

The downpour is expected to persist for at least two more days, according to the Meteorological Department, which warned of flash floods in eight of the hardest-hit provinces.

The capital of Nakhon Si Thammarat province, which has shuttered its airport because of the weather, saw a record 162.1 millimetres (6.4 inches) of rain on Friday night, she added.

Army bases across the south were mobilised on Saturday to assist flood victims and deliver food to those trapped at home.

“There are two helicopters airlifting food and supplies to flood victims who cannot leave their houses,” Colonel Chaisak Pornnipatkul from the Southern Army Headquarters told AFP.

The downpour is unusually heavy for this time of year in Thailand, which normally sees a three-month stretch of relatively dry and cool weather from November through to January.

It is high season for tourists who flock to the kingdom’s island resorts, powering a crucial sector of the economy.

But the deluge has already disrupted beach holidays in several traveller hotspots, including the popular islands of Samui and Phangan. 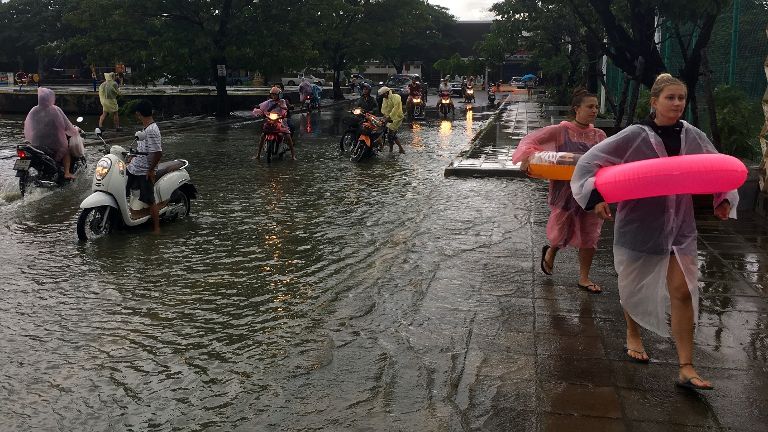 Hundreds of tourists have had their flights delayed, while train and bus services on the mainland have also been suspended in flood-hit areas.

Yet some travellers are refusing to let the storm stop the fun, with photos circulating on social media of tourists coasting through flooded streets on pool floats.

But by Saturday, the number of evacuees in Kelantan and Terengganu had dropped to about 13,500, from almost 23,000 Wednesday, as weather conditions improved and authorities forecast less rainfall over the weekend.