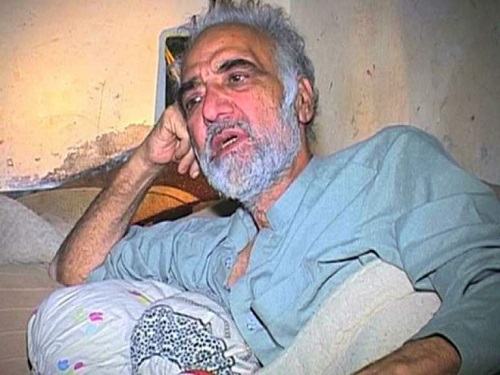 PESHAWAR – Senior actor Iftikhar Qaiser, who is suffering from severe health complications from the past several months, is unable to get treatment due to severe financial difficulties.

During a 45-year long career, Iftikhar Qaiser, who belongs to Peshawar, performed in thousands of Urdu, Pashto and Hindko dramas. He began working with Pakistan Television in 1971. After showing his skills, he was presented President’s Pride of Performance award.

He informed the local media that he did not have enough money for treatment due to non-availability of work. Qaiser added that he borrowed some money from his friends but it was all spent on treatment. “Even though I thank the Almighty Allah and is contented,” said Iftikhar Qaiser.

The rulers who consider the artists as their cultural heritage in their speeches are unaware of their plight. Now, Iftikhar Qaiser, who performed for his nation, is waiting for the help of government and well-wishers.