PESHAWAR:Awami National Party (ANP) leader Haroon Bilour and 12 others were martyred and nearly dozens injured in a suicide bomb attack targeting an ANP rally in a congested neighbourhood of Peshawar shortly before midnight on Tuesday.

The blast occurred near the vehicle of Bilour, son of the late ANP leader Bashir Bilour, in the Yakatoot area. The casualties were driven to the Lady Reading Hospital (LRH) where medics confirmed the death toll.

ANP supporters gathered outside the hospital and shouted slogans against the government for its failure to provide security to their leader.

Bashir Bilour, the father of Haroon Bilour, was also martyred in a suicide bombing targeting his rally in the fabled Qissa Khawani bazaar of Peshawar in December 2012. The outlawed Tehreek-e-Taliban Pakistan had claimed responsibility for that attack.

Haroon Bilour was approaching the rally organised in connection with his election campaign on Circular Road when a suicide bomber detonated the explosives close to his vehicle.

According to Express News, Haroon Bilour’s young son Danial Bilour was also injured in the blast.

Condemning the attack, ANP’s senior leader Mian Iftikhar Hussain said it was aimed at derailing the democratic system in the country. “It is a conspiracy to delay the upcoming general elections,” he added.

Chief Election Commissioner (CEC) Sardar Muhammad Raza also denounced the attack. “This shows the weakness of our security institutions and a conspiracy against transparent elections,” he said in a statement.

Last week, an election candidate of the Muttahida Majlis-e-Amal (MMA), Malik Sherein, and his six supporters were injured in a bomb blast in the southern Bannu district. The convoy of Sherein was attacked when it was passing through the Takhti Khel area in the PK-89 constituency of Khyber-Pakhtunkhwa as part of the party’s election campaign.

The other politicians who are facing security threats include K-P’s former chief ministers Akram Durrani and Ameer Haider Hoti. Durrani belongs to the Fazlur Rehman faction of Jamiat Ulema-e-Islam while Hoti belongs to the ANP.

Talha Saeed, a son of the Jamaat-ud-Dawa (JuD) chief Hafiz Saeed, who is contesting election on the platform of the Allah-o-Akbar Tehreek, is also named among those facing threats.

Following is the list of the those martyred in the blast: 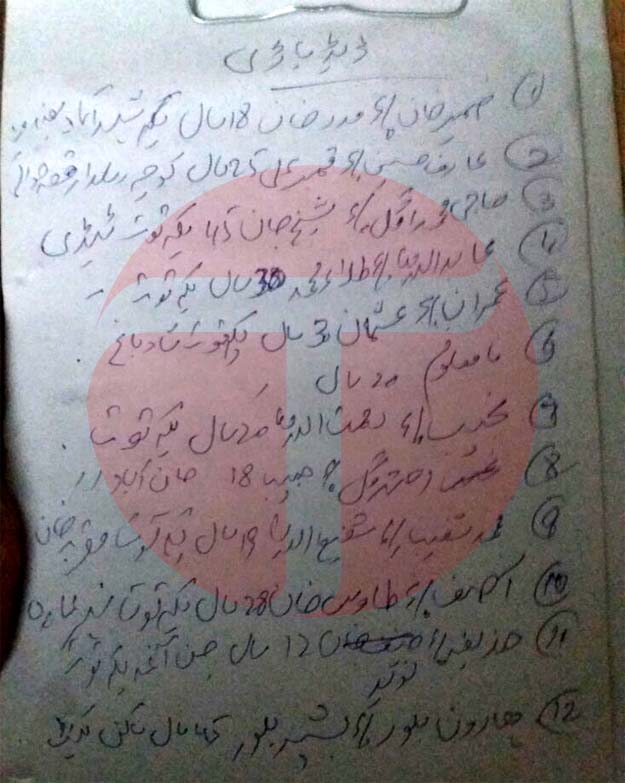