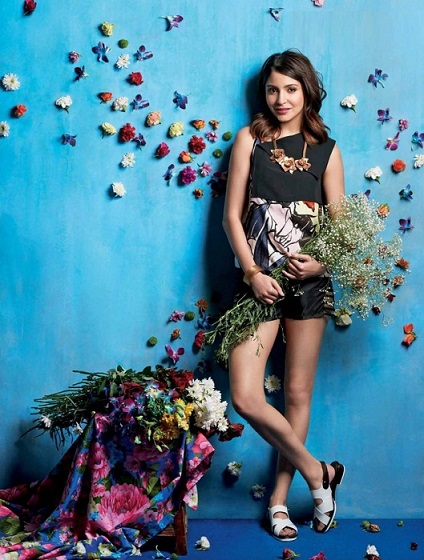 Actress Anushka Sharma says as a child she used to feel like a ragpicker because of her habit of collecting wrappers. Anushka talked about her childhood hobby when she became a part of TV show “Yaar Mera Superstar” with Diljit Dosanjh to promote her forthcoming film “Phillauri“, read a statement.

When host Sangeeta told Anushka that she has heard that as a little girl she used to collect chocolate wrappers, Anushka said: “My mom used to hit me a lot for this. So, what I used to do is that when I was returning home from school — our school was very near as we lived in the Army cantonment where school used to be inside only — so, while walking on the road, wherever I would find a wrapper on the way, I would pick them and even the ones that we ate the chocolate from… I would pick up wrappers from the road,” Anushka said. “I (used to) think I’m a ragpicker.”

The actress said: “I used to collect so many, I would put them inside shoe boxes and I would store them under my cupboard. One day, my mom opened the cupboard and saw some ants, and the way she got angry and shouted, saying ‘Have you lost your mind, who keeps these kinds of things’. I’m telling her very seriously, ‘Mom it’s my collection’ and she goes like ‘What kind of collection is this?’ I used to collect stamps, coins. I used to have a very nice stamp collection, coins I would collect, and this also, it was my hobby.”