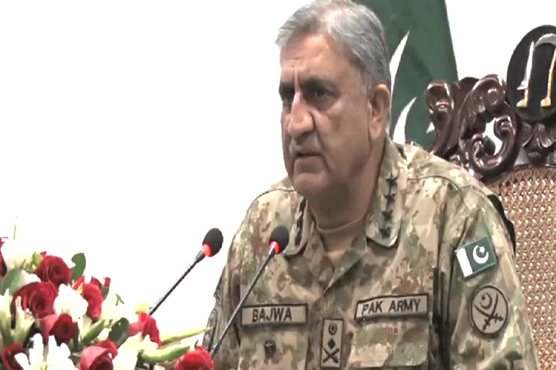 RAWALPINDI (Dunya News) – Officers of Pakistan Army have complained to Chief of the Army Staff (COAS), General Qamar Javed Bajwa over statement of Law Minister of Punjab, Rana Sanaullah and questioned him about Dawn Leaks on Thursday.

Reportedly, officials questioned the military chief over progress in probe of Dawn Leaks and complained that the provincial law minister held performance of the army courts unsatisfactory.

General Bajwa addressed the queries in detail and assured the concerned officers that reputation and stature of Pakistan Army would never be let harmed.

Army courts were set up to try hardcore terrorists after an attack on a school left at least 140 dead, mostly children on December 16, 2014. Constitution of Pakistan was amended for the cause after consensus among political parties.