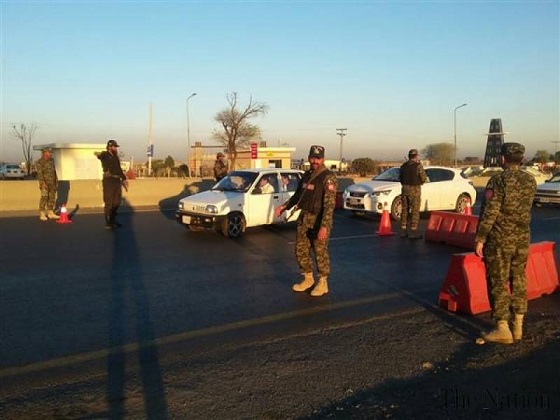 In the context of the ongoing Operation Radd-ul–Fasaad, Pakistan Army, Punjab Rangers and police have established security check points at M1 and M2 (Motorway).

Inter Services Public Relations (ISPR) said in a press release on Monday that joint check posts have been established by these Law Enforcement Agencies (LEAs).

Pakistan Army launched operation Operation Radd-ul-Fasaad across Pakistan on February 22, to root out urban militants and terrorist elements.
Furthermore, Punjab Rangers have also started an operation in the province. The operation is being dubbed the last push against terrorism in Pakistan.