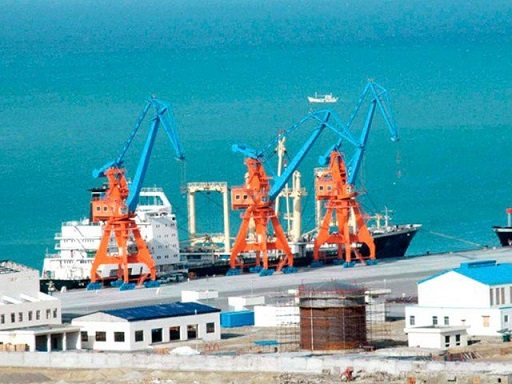 KARACHI: The government of Balochistan has, in principle, agreed to offer similar tax breaks to domestic investors at the Chinese-run Gwadar industrial estate that are being enjoyed by foreign investors for up to 40 years.

“Balochistan’s chief minister has assured us that he will declare it {the industrial estate) a free zone,” Waqas A Lasi, GM Finance of the Gwadar Industrial Estate Development Authority (GIEDA), said while briefing a group of journalists from Karachi.

The Balochistan government was in contact with the federal government, which was overseeing development projects in Gwadar, in a bid to offer tax exemptions to the domestic investors as well, he said.

The federal government has provided 23-year tax holiday, including all federal, provincial and local taxes, charges and levies, to foreign investors on corporate income at the industrial estate.

GIEDA Managing Director Fareed Ahmed M Hasni said, “If the government provides similar tax benefits for the domestic investors for 10 to 20 years, it will help woo them easily and quickly.”

The industrial estate is spread over an area of 3,000 acres, which is 35 km from the main Gwadar deep-sea port.

Highways, the under-construction airport and proposed railway tracks are close to the estate, as these are the three basic infrastructure demands of the industrialists the world over.

According to Lasi, GIEDA has received Rs1.75 billion for development of the industrial zone under the China-Pakistan Economic Corridor.

With the available funds, the land development authority is building basic infrastructure, including road networks and street lights, over 500 acres of land.

The government is charging Rs1.5 million per acre for development work from the interested industrialists as land is being provided free of charge to them.

Almost all the available land in the estate has been allocated to the industrialists. This includes the 900 acres whose allocation had been cancelled earlier after the industrialists could not show progress on their proposed projects.

Lasi revealed GIEDA was in talks with the government to provide more land in and around the industrial estate. “The land, which is expected to be handed over to the authority soon, will be allotted to overseas Pakistanis…My email box is full of such inquiries from overseas investors.”

He said Zeal Pakistan Cement would be the first industrial unit in the estate that was likely to begin distribution in the next one year. Baosteel of China has also expressed interest in setting up a huge production plant.

“We expect 50 to 100 industrial units to start construction work by December 2017 and they will begin production by 2020,” Lasi said. “Industrialisation will be at its full pace here in the next three to four years.”

With the availability of electricity, gas and water, for which projects were either being developed or at the planning phase, he said, the process of setting up more industrial units would pick up pace.

Canadian and South Korean companies have offered electricity supply round the clock at Rs11 per unit, which was much cheaper than the cost of power being consumed right now.

Besides, the industrial estate may have its own facility to import gas – liquefied natural gas – for mega power houses.