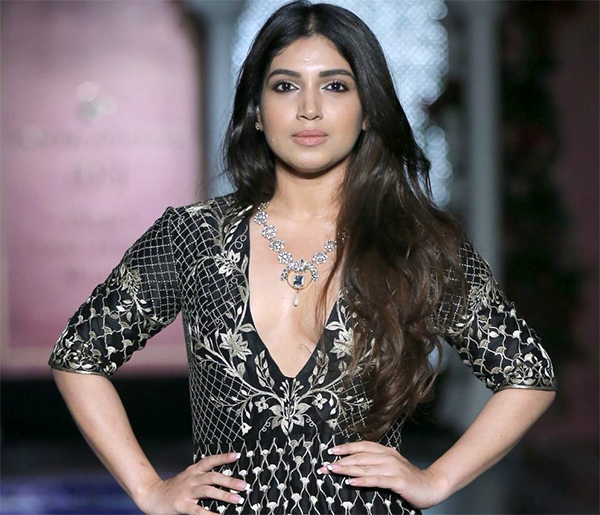 Bollywood actress Bhumi Pednekar, who has impressed us with her performance in films like Dum Laga Ke Haisha, Toilet: Ek Prem Katha and Shubh Mangal Savdhan has added one more feather of success to her hat. The actress has been finalized as the host for the upcoming Star Screen Awards. The star-studded event is expected to happen January in 2018. A source told to a leading entertainment portal, “Bhumi is one of the most exciting young talents in Bollywood. Her choice of films reflects the brand thought of Star which is Nayi Soch. She has done standout roles which have become commercial blockbusters and she has also garnered incredible critical acclaim with her choices. She was the perfect fit for the host of Star Screen Awards.”

The source also added, “Bhumi Pednekar is on a dream run and that’s because of her talent, her dedication and professionalism. She is hugely sought after this award season. While at Star Screen Awards she is hosting the entire event, in Zee Cine Awards, she will be performing! For a young talent who is just three films old, this is a big achievement.”

On the work front, Bhumi Pednekar is currently prepping for Sone Chidaiya. The actress will be seen opposite Sushant Singh Rajput. The film has a great ensemble of actors besides these two. Veterans like Ashutosh Rana, Manoj Bajpayee and Ranvir Shorey are also a part of the film. It is set in the 1970s, in the Chambal belt which was famous for its dreaded dacoits. The film is directed by Abhishek Chaubey who previously helmed movies like Udta Punjab, Ishiqiya and Dedh Ishqiya. Sone Chidaiya is produced by Ronnie Screwvala and is the first collaboration between Abhishek Chaubey and Sushant Singh Rajput.