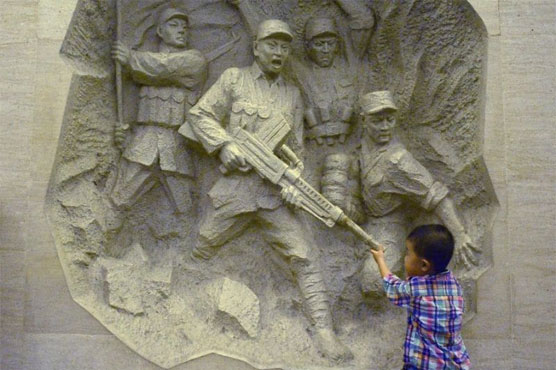 BEIJING (AFP) – China has ordered all schools to teach pupils that its 20th-century war with Japan lasted 14 years rather than eight, the education ministry said on Wednesday, to “strengthen patriotic education”.

But new guidelines call for all curriculum materials at schools and universities across the country to push back the start to the Mukden Incident of Sept 18, 1931, after which Tokyo’s forces occupied Manchuria in north-eastern China.

The initial years of Japanese regional occupation and the wider later struggle were “parts of the same whole”, the ministry said, adding that the change was intended to “strengthen patriotic education”.

Beijing in 2015 commemorated the 70th anniversary of Japan’s Second World War defeat with a spectacular military parade in Beijing, with state media barely mentioning the roles of other allies or the US atomic bombing of Hiroshima and Nagasaki.

Course materials must all “fully reflect how the Chinese Communist Party was a tower of strength during the war” and “highlight how the Chinese people were not afraid of ferocious adversity”, the ministry said.

Speaking at a regular press briefing on Wednesday, foreign ministry spokesperson Lu Kang said the change would help younger generations remember their past.

“I want to emphasise that to change this is not to carry forward hatred,” he said.