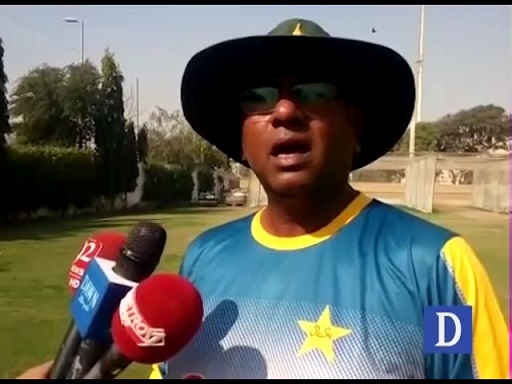 Sharyar Khan told reporters during his visit to National Stadium Karachi, where he inaugurated Hanif Mohammad High Performance Centre, that physical abuse is unacceptable to the board. He further said that strict action will be taken against Ali, if he is proven guilty.

“One thing is very clear and very important. Physical attack is not acceptable, not acceptable in any case, even if some one verbaly abuses you,” he said.

Earlier in the day, former cricketer Mahmood Hamid claimed before media that Basit Ali came to him when he was watching a match in National Stadium. He alleged that Ali verbally abused him and then slapped him for reportedly criticising Ali on a local TV channel.

Hamid had shared his opinion on a sports related show at a local TV channel earlier this week.

He further said that he had duly criticised Ali in connection with the poor performance of his team. Hamid claimed that Ali could not tolerate criticism.

The former cricketer also demanded of the PCB to take action over the matter, saying that the authority should take notice as Basit Ali is an employee of the body.

Currently Ali enjoys three caps as he is the head coach of national women cricket team, head of junior selection committee of the PCB and head coach of SNGPL team.

Meanwhile, talking to DawnNews, Basit Ali denied the allegations and challenged Mahmood to present proof, if he has any.

A furious Basit had also said that he warns those who are misleading masses. “When I come across them, I will deal with them like a mad god is dealt,” he had said.

Ateequz Zaman, head coach of SSGC told DawnNews that he saw both of them (Mahmood and Ali) scuffling and got them away from each other.