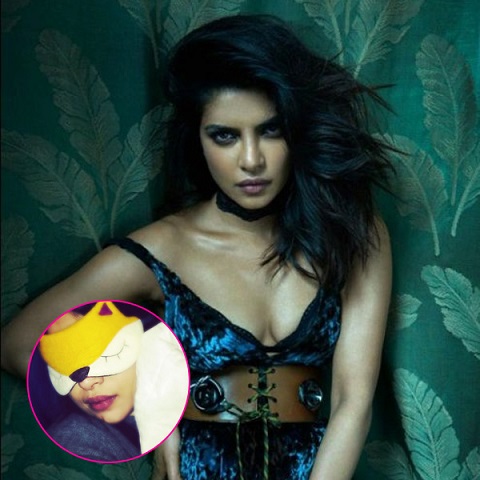 This is Priyanka Chopra’s second year in a row at the People’s Choice Awards.

Priyanka Chopra is fit and fine now, after suffering a concussion on the sets of Quantico. She has not only returned to the sets of her TV series, but is also off to LA to attend the People’s Choice Awards. The actress has a couple of pictures on her way to LA. In one of the pictures we see her taking an early morning flight. In the caption Priyanka reveals that she is sore and sleepy, but all game for a selfie. And in another picture, she posted on Instagram, Priyanka can be seen stealing a nap, wearing a goofy sleep eye mask – resembling a fox. Perfect for a foxy lady like Priyanka.

Priyanka Chopra has scored a nomination at the People’s Choice Awards, for the second time in a row. While last year she was nominated in ‘Favourite Actress in a New TV Series’, this is year she has bagged a nomination in the Favourite Dramatic TV Series Actress category for her work in ABC thriller Quantico. She will be competing against Viola Davis of How To Get Away With Murder, Ellen Pompeo of Grey’s Anatomy, Kerry Washington of Scandal. Whoa! Those are some of the biggest names of Hollywood. Just in two years Priyanka finds herself amongst the top billing actors of Hollywood TV. Now that is something. In a picture posted by a fan club, we see the seating arrangement at the People’s Choice Awards. She is seated right next to Blake Lively, who has been nominated for her compelling performance in the shark film The Shallows. If you love creature features and haven’t seen the film yet, you have got to check it out ASAP. Priyanka is also seated right in front of The Fifth Harmony. Oh boy! 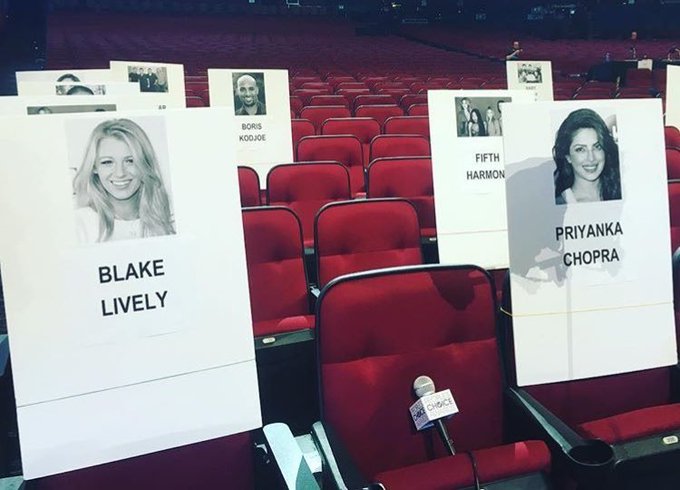 Can’t wait to watch @priyankachopra at the @peopleschoice! Few hours to go for #PCatPCA

Priyanka Chopra is one of the most hard working actresses. I can’t even imagine how she must have managed to juggle work in Hollywood and Bollywood.She used to shoot for season 1 of Quantico in LA over the week, and then fly down to India, to shoot for Bajirao Mastani, over the weekends. She has most certainly trained herself to survive on minimal sleep. Sleeping on flights is one way she is managing to maintain her lifestyle.