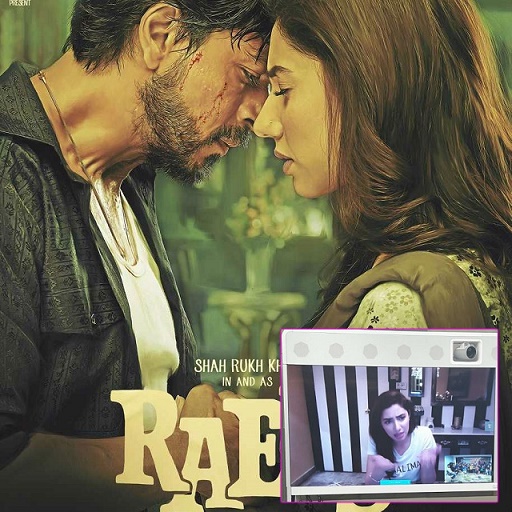 Mahira Khan has the most honest reaction to the upliftment of ban on Bollywood films. Her film Raees with Shah Rukh Khan will release a week after Kaabil.

The release of Shah Rukh Khan’s Raees may be very exciting for the filmmakers because of a wider audience that would boost their collection. However, for Mahira Khan, the reasons are pretty different. As we all know, this is her Bollywood debut and even though the chances of her working again in a Bollywood project are very bleak, people in Pakistan are very excited to see how she has performed in the movie. At a press conference held today to celebrate the success of Raees, the filmmakers made sure that even Mahira is a part of it. For the same, they held a video call session with the Pakistani actress, who seemed super happy to finally be interacting with Indian media. More than that, she was ecstatic that she got to promote the film with her co-star Shah Rukh, even if it were through internet. Anyway, so while she answered all the questions asked by media, Mahira also reacted to the ban upliftment on Bollywood movies, in Pakistan.

She said, “You have no idea how much we wanted to get films back here. Raees is a big one. I was getting calls every day. Everyone’s waiting. You can’t even imagine. If you were here you would see how many calls I get asking is it coming. So I think just like it’s done well all over the world, hopefully, they will go in storms (?? )To watch it” Well, we do believe you on that one, Mahira. Since it is her debut Bollywood film, it was pretty sad that her closest friends and family couldn’t watch it. More than that, even her fans couldn’t have watched her film because of the ban. However, because of the slimming pockets of theatres and distributors, they had to uplift the ban and screen Bollywood movies. You can check out Mahira’s reaction in the video below.

The film will be releasing in Pakistan a week after Hrithik Roshan’s Kaabil. This is surely a good sign for both the films as their boundaries will be extended and will further enhance box office collections. So far Raees has had a good run at the box office. Having entered the 100 crore club in this week’s beginning, the film is going phenomenally at the international market as well. The actor is happy with the amount raked in. However, Mahira, during the interaction, stated that she was expecting the film to enter the 100 crore club on its first day itself! Yep. She thought that but Ritesh explained to her that the film is not a Salman or Aamir’s film. Soon Shah Rukh butted in and changed the topic. We wonder what kind of chat they had and how they briefed Mahira about box office functioning in India.

Stay tuned to this space for hot scoop and latest updates.