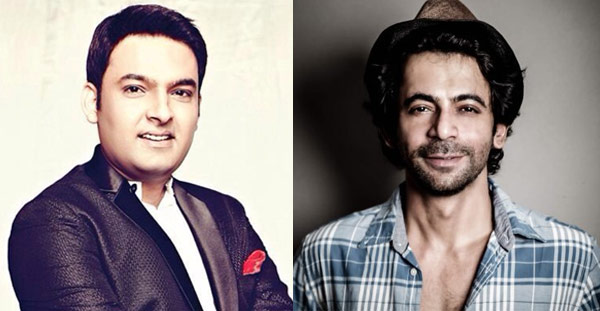 Sunil Grover reacts to his fall out with Kapil Sharma.

Success seems to have gotten the better part of ace comedian Kapil Sharma. There were hush hush rumours about how the ever-so-smiling Kapil becomes arrogant as soon as the camera turns off, but no proof of it was ever there. Well, until now. Sunil Grover, the most popular member of his comedy team, has finally broke his silence on their recent fall out. After Kapil sent an apologetic tweet to Sunil for verbally abusing him on a flight, Sunil replied to his former (?) friend/colleague.

Sunil wrote on Twitter, “Bha hi! Yes, You hurt me deeply. We with you has been a learning experience. Just one advice start respecting human beings also apart from animals. All are not as successful as you are. All are not as talented as you are. But if they all are talented like you, who will value you. So, have some gratitude towards their existence. And also, If someone is correcting you, don’t abuse that person. Refrain from using foul language In front of women who had nothing to do with the stardom you carry, they are by chance just traveling with you. Thanks for making me realise it was your show and you have power to throw out anybody, anytime. You are the wittiest, and the best in your field. But don’t act like a ‘God’. Take good care of yourself. Wish you lot more success and fame.” This confirms that Kapil indeed has been crossing the line with his jokes and antics, and treating his co-stars badly. We can safely assume that Sunil is done with Kapil, and that he will bid farewell to TKSS 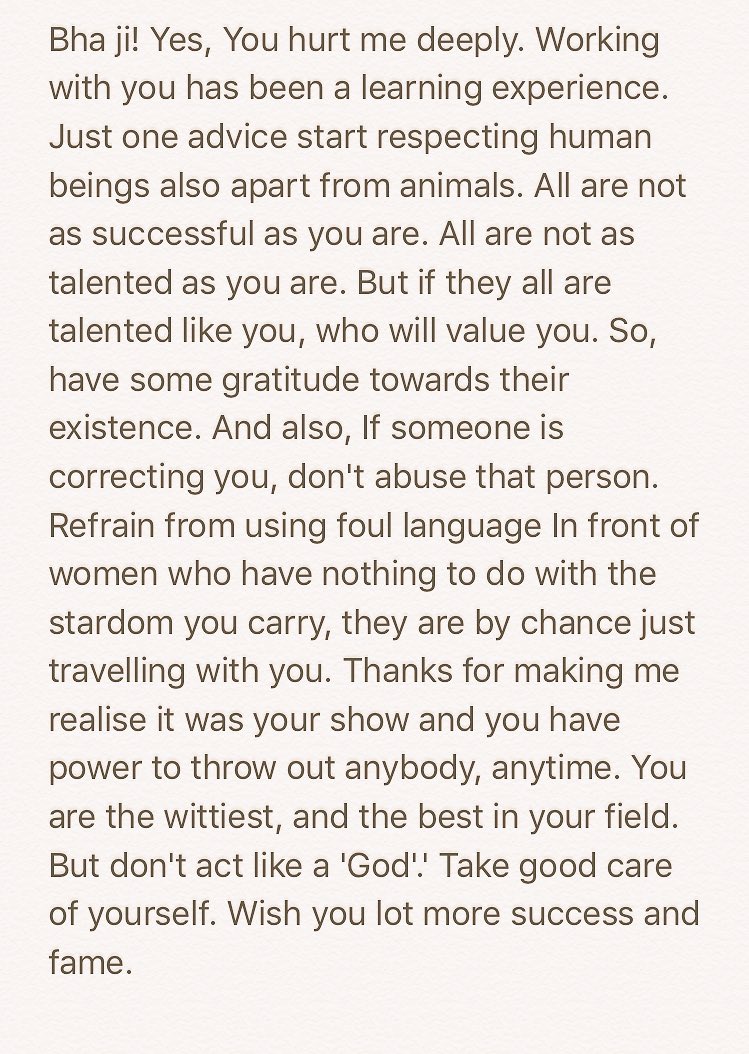 FROM A FRIEND, WITH LOVE @KAPILSHARMAK9

This might just be the equivalent of Salman Khan and Shah Rukh Khan fall-out in the comedy world. Sunil Grover’s show might not have worked out as solo, but we all know that a large number of fans tuned in Kapil’s show to watch Sunil’s antics. Contrary to what Sunil said, he is just as popular as Kapil Sharma.

There were reports of them having a fall out back in 2013. Sunil even left Comedy Nights with Kapil and went on to star in his own show. Kapil was reported saying after watching the first episode Sunil’s show, “All I can say is, he (Sunil) should have never left our show. Sunil was part of a very collaborative and creative team. We were all part of the success of our show,” After a few months both of them reconciled and teamed up again. But seems like this latest incident is the final nail in the coffin.

In all honesty, Sunil can do wonders even without the help from an arrogant comedian. I wish him Good luck to him for his future endeavours.