Holding a public meeting in Peshawar, Asfandyar said that PM must honour Imran with some medal who is serving him better than his own ministers.

The ANP leader said that his was the first party to raise voice over provincial autonomy. He said that the party policy was clear on Federally Administered Tribal Areas (FATA): FATA must immediately be made part of Khyber Pakhtunkhwa (KP), doing away with the line drawn by the British.

He said that census must be held in FATA and it should be given a complete constitutional package, giving FATA a quota of ministers in the provincial cabinet. Not only should FATA be given funds under NFC but a special grant should also be given, he said.

Wali said that the promises PM had made regarding China-Pakistan Economic Corridor (CPEC) with them weren’t being fulfilled. “Nawaz Sharif had once made a promise with us. Later, he ended up in Jeddah. If he doesn’t fulfill his promise with us this time, even Jeddah wouldn’t be the destination”, he said. 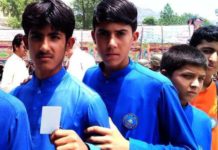 How is the govt helping students from Afghanistan attend school in Pakistan? 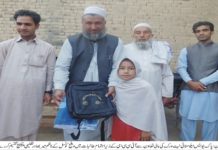