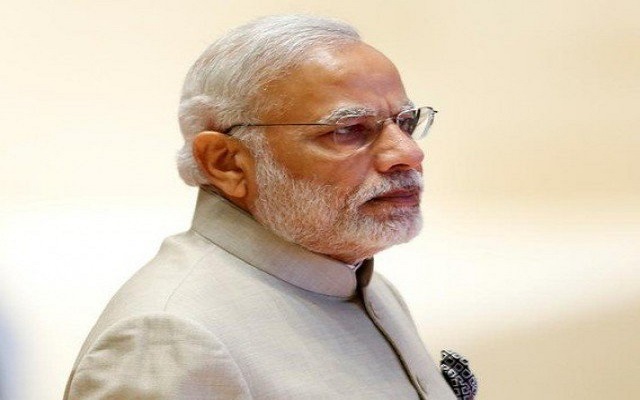 To provoke a somnolent establishment into action, your message has to be blunt. There cannot be a more blunt warning to India’s political leadership and defence establishment than what Pravin Sawhney and Ghazala Wahab have delivered in their admirable and unsparing book Dragon On Our Doorstep: Managing China Through Military Power (Published by Aleph, Pages 458, Price Rs 799). Let alone China, India cannot even win a war against Pakistan. Yes, you read that right.

Sawhney, an Armyman-turned-journalist, and Wahab, a career journalist, are editors at FORCE magazine which focuses on national security, bring to the book sharp analysis and fresh perspectives to present a new strategy to strengthen India as a nation.

One of their key arguments is that the political leadership has to improve their understanding of military matters and involve the views of defence forces while making critical national security decisions. Another provocative take is that the Indian Army is a bloated force and has to shed flab, by reducing the number of personnel at its disposal. They call for a review of both field force and non-field force in the Army in order to move towards professionalism. The authors also want the Army to disengage itself from counter-insurgency operations, a task at best left to paramilitary forces, and regain its edge to do its primary task- fight the enemy.

Dragon On Our Doorstep could be a little misleading title since the authors are not only discussing the China threat but India’s defence strategy. In full play is Pakistan, Kashmir and the red menace, the greatest threat India is facing, as former Prime Minister Manmohan Singh put it. Sawhney and Wahab say that in terms of threat, Pakistan is China and China is Pakistan, pointing out especially the ‘inter-operability’ that both military forces have achieved.

So despite the strongman Narendra Modi at the helm, why can’t India defeat Pakistan in a war? Sawhney and Wahab make a critical distinction to win their argument. Pakistan has built military power, India a military force. And they explain: “Military force involves the mere collection of war-withal, that is, building up of troops and war-waging material; military power is about optimal utilization of military force. It entails an understanding of the adversaries and the quantum of threat from each, the nature of warfare, domains of war, how it would be fought, and structural military reforms at various levels to meet these challenges.”

Sawhney and Wahab write that the political leadership which would decide the terms of war engagement understands neither nuclear weapons nor military power. “Its responses would be slow, tardy, ad hoc and piecemeal rather than bold and substantive if the countries were to go to war.”

What else makes Indian defence forces vulnerable? Since the defence forces are outside the government, they have little interaction with the political leadership in peacetime and little say in the acquisition of conventional weapons. The defence services have little knowledge and understanding of their own nuclear weapons and Pakistan’s nuclear redlines. As India does not have an efficient indigenous defence industry, war supplies are not assured. All these, for an average reader, sound pretty scary.

There is more in store. Sawhney and Wahab write that the Indian Air Force has critical deficiencies in combat aircraft, training aircraft, simulators, air defence and network-centricity. “Most of all, the joint-ness in operations between the army and the air force, which is a critical requirement at the operational level for a short and swift, war is absent. This was obvious from the last localized Kargil conflict that the two services fought together. Instead of a single operation, the army’s operation was named Vijay, while the IAF campaign was called Safed Sagar.”

The authors also examine India’s foreign policy in relation to China and Pakistan and criticise Modi for his failure in not rising as a statesman prime minister to transform India into a leading power. Modi’s foreign policy, the authors say, is more optics than substance.

They say that ‘Act East, Think West’ policy is hampered by the perennial failures in strategic thinking and a lack of appreciation for military power. They pick on India’s foreign aid policy and say that if our neighbours are neither deferential nor deterrent there is something amiss. Sawhaney and Wahab argue that aid is seldom given to fulfill the needs of the recipient. It is given to meet the requirements- strategic in the case of nations- of the giver. And if the requirements are not met, you increase the aid or diversify it. They also say that India is the only country in the world where foreign policy with nations having disputed borders- China and Pakistan- is made with regard to military advice. All these criticisms should rile the defence establishment and the bureaucrats who have straitjacketed India’s foreign policy.

The other strong and significant argument that Sawhney and Wahab put forward is that the government of India should open unconditional talks with everyone alienated from the national mainstream, irrespective of their professed public positions. They caution that even the biggest of powers have not been able to withstand internal discord because they understand that the financial and military effort required to keep it in check debilitates the nation in the long run. Sawhney and Wahab are absolutely justified when the say that if India is able to win over the tribal population of central India and the people from the northeastern states, it will be able to free up a substantive number of its soldiers from internal stability and counter-insurgency operations.

So in the end, the message is that set your home right, the world will follow you. May be Modi can take note.

This article originally appeared on the Times of India.