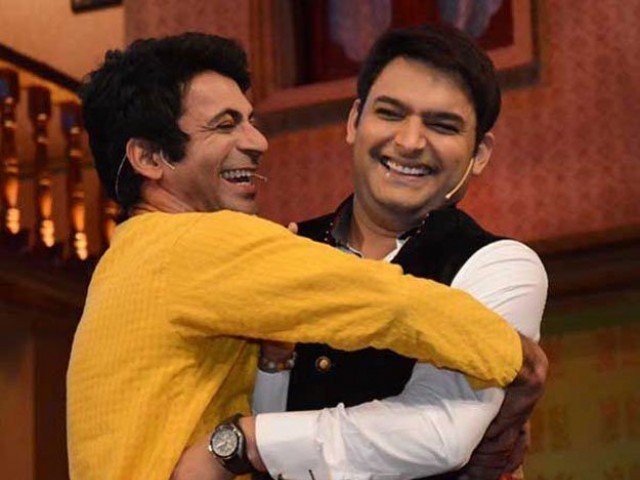 Reportedly, the rift between Kapil Sharma and Sunil Grover took over headlines. At the trailer launch of Firangi, he talked about his depression and how his fight with Sunil Grover affected his emotional state.

The comedian confessed how he used to drink excessively and isolate himself. He added that life was so intolerable that he felt like committing suicide. His condition worsened when the TRP’s of The Kapil Sharma Show went downhill.

According to a report in Bollywood Life, he said, “One of my close friends asked me to shift to his seaside apartment. He thought a change of scene would be good for me. As I saw the wide expanse of the sea from his balcony, I felt like jumping into it. I was depressed; it felt like the world was gunning for me.”

The Kis Kisko Pyar Karoon actor opened up how panic attacks made him vulnerable but he could not discuss his issues in front of everyone.  He stated, “I could not step on the stage to perform and would cancel the shoot. I suffered from anxiety and drank myself silly. I would stay locked up in the office with my pet dog. People stopped coming on the show and I went off the radar.”

Stories of Kapil’s unprofessionalism made rounds when he called off his shoots with Shah Rukh Khan and Anushka Sharma for Jab Harry Met Sejal, Ajay Devgn for Badshaho and Arjun Kapoor and Ileana D’Cruz for Mubarakan.

Kapil cleared the air saying he did not fight with Sunil. As reported by NDTV, “When you move with such a huge team, you have to manage a lot of things and I’m really bad at it, I will say that much. Touch wood, we have been working together  for many years and I would like to repeat it one more time, I didn’t actually fight with Sunil Grover at all. It didn’t happen. When we reached Australia, since the first day, my mood was really bad. I was juggling so many things. I was shooting the show and for other things. During that time, my film’s artiste died. I was so nervous and turned so negative.”

On his affinity with Sunil, he said “I love him. I like to work with the best of people. Sunil and I, we have known each other for nine years now, and we have been working together for five years. I don’t have any problem with Sunil, but had I been in his place, I would have definitely asked, ‘I haven’t seen you like this in five years, why are you behaving like this’?”

Have something to add to the story? Share it in the comments below.