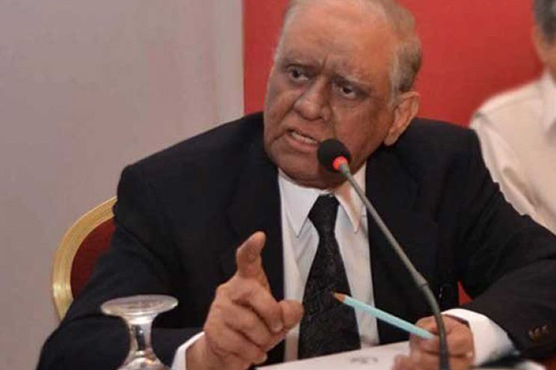 KARACHI  – The funeral prayers of the Governor Sindh, Justice (retd) Saeed-uz-Zaman Siddiqui, who expired due to illness at a local hospital on Wednesday evening, will be offered today (Friday), Dunya News reported.

Prime Minister Nawaz Sharif along with other notables will attend the will attend funeral prayers of Justice (retd) Saeed-uz-Zaman Siddiqui which will be offered at the Governor’s House after Juma prayers. He will be buried at the Guzri Graveyard.

Justice (retd) Saeed-uz-Zaman Siddiqui died on Wednesday at age of 78 while under treatment in a private hospital in Karachi. He was suffering from lung infection.

The retired chief justice of Pakistan, Justice (Retd) Saeed -uz-Zaman Siddiqui had taken oath as the 31st Governor of Sindh on November 11, 2016. He remained in office for two months.