ISLAMABAD (Dunya News) – Leader of the Opposition in National Assembly (NA), Khurshid Shah, Chairman of Senate, Raza Rabbani, Speaker of National Assembly (NA), Ayaz Sadiq, chief of Jamiat Ulema-e-Islam-Fazl (JUI-F) Fazlur Rehman and Senator Aitzaz Ahsan have received bank receipts of Rs 100 million deposits each on Wednesday in accounts that they have denied any knowledge about.

A receipt was received in chamber of the opposition leader Khurshid Shah that left him puzzled and he claimed that he is clueless over the issue.

Reportedly, the opposition leader claimed having no knowledge about any such transaction after his staff put TDR (Term Deposit Receipt) of SME Bank before him. The bank concerned was contacted after Shah’s confirmation which declared the TDR fake.

Khurshid Shah has asserted to write to Federal Investigation Agency (FIA) to investigate the issue. Reportedly, TDR was dispatched from Main Branch of SME Bank in SITE area of Karachi.

On the other hand, Chairman of Senate, Raza Rabbani has claimed before the Senate today that he received a receipt of Rs 100 million deposit in an account of the same bank. However, he asserted that he does not have an account in SME Bank.

Senate chairman said that he has written a letter to FIA and board of the SME Bank. 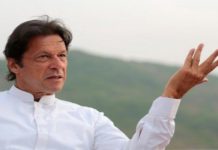