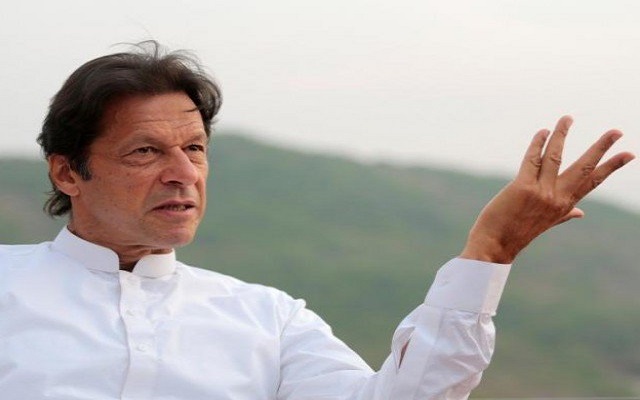 Nawaz Sharif is bent upon destroying the country’s judiciary and democratic system after being disqualified by the Supreme Court of Pakistan, claimed Pakistan Tehreek-e-Insaf (PTI) chief Imran Khan on Sunday.

According to Express News, Imran said that the apex court gave a unanimous decision in the Panama Papers case but by challenging the court, former premier Nawaz is ruining the judicial system.

On July 28, a five-member SC bench hearing the Panama Papers case of Sharif family’s offshore assets had disqualified Nawaz from the PM’s office for failing to declare a salary, which he had not withdrawn as an executive of Dubai-based company, as an asset when filing his nomination papers in 2013.

Imran also expressed reservations over Nawaz’s decision to travel to Lahore from Islamabad via GT Road, saying that the decision was tantamount to making fun of the top court’s verdict.

According to several news outlets, Nawaz has decided to head to his hometown Lahore on August 9 travelling along GT Road instead of the motorway in a convoy and stopping at various places to address crowds in a bid to show his popularity. It is being reported that the Pakistan Muslim League-Nawaz is mobilising workers from across the province to greet the ousted PM along the route.