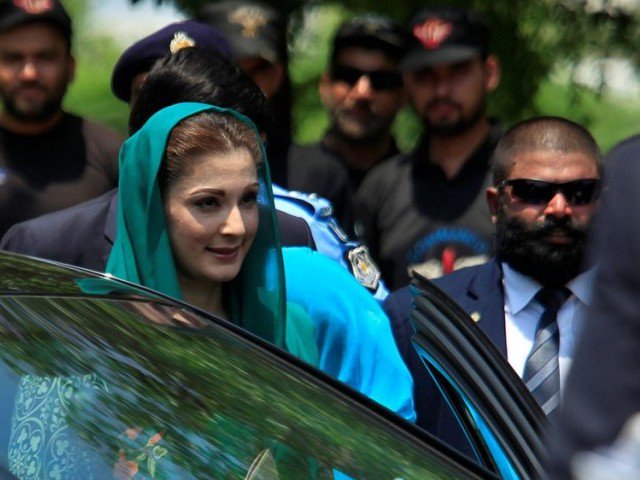 “Nawaz Sharif is and Insha’Allah will be leading PMLN. I am not even an aspirant. Am happy to be working as PMLN worker,” she tweeted.

Nawaz Sharif is and Insha’Allah will be leading PMLN. I am not even an aspirant. Am happy to be working as PMLN worker.

“The statement that ‘the family decided that I should be leading the party’ is wrongly ascribed to me. There never has been any such decision.”

The statement that ‘the family decided that I should be leading the party’ is wrongly ascribed to me. There never has been any such decision

In an interview to The New York Times, Maryam said “people around me tell me I was meant for a certain role” when asked whether she ever saw herself as a future prime minister.

Amid speculation of a rift within the Sharif family, she said “rumours of infighting are overblown”.

In response to a question about Punjab Chief Minister Shehbaz Sharif possibly becoming prime minister, she said: “He’s the most competent person. He’s my hero. I love him to death.”

Maryam stressed that the evidence to send her to prison is ‘missing’ and that the victory in the September by-election was evidence that people still stand by her and her party. Since the indictment, she has continued to hold public meetings and visit development projects.

“The cases are politically motivated and nothing more than blatant political victimisation and pressure tactics,” she said. “People remain undeterred, and support for PML-N has further galvanised.”

Until 2012, Maryam had quietly managed the family’s philanthropic Sharif Trust, rising to political prominence only when she helped run her father’s re-election campaign in 2013. Since then, she has managed to sideline Hamza Shehbaz, long considered a potential standard-bearer, who is now conspicuous by his absence from rallies and party meetings.

In a first for a family that has always maintained a united public front, Hamza admitted in a recent TV interview to political differences with Maryam and expressed hope that he would be able to bring Nawaz around to his point of view.

One of Nawaz’s closest aides, Riaz Pirzada, said in a news conference after the indictment last week that Shehbaz should take over the party until his elder brother is free of his legal troubles. Chaudhry Nisar Ali Khan, has said he could not accept Maryam as a party leader.