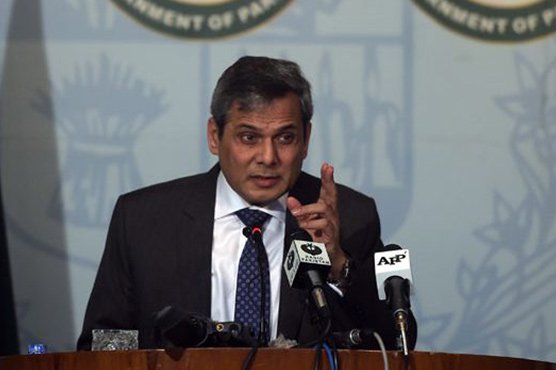 ISLAMABAD  – Spokesperson for the Foreign Office (FO) has reiterated on Friday that Pakistani soil was not being used against any state and rejected claims of providing safe havens to operatives of banned outfits.

In his weekly briefing, the spokesperson asserted that foreign powers are using Afghanistan’s territory against Pakistan.

He said that Pakistan has rendered humongous economic losses in war on terror besides loss of thousands of previous lives. Pakistan’s efforts in war on terror have been acknowledged numerous times by United States (US) at various international platforms.

Positive outcomes of Pakistan Army’s operations and indiscriminate action against all banned outfits resulting in improved security at border with Afghanistan proves Pakistan’s efforts to curb extremism, he said.

He cited Operation Zarb-e-Azb as one of the reasons that helped lift Pakistan’s economic status in the world.

He said that Afghanistan is battling against many terror outfits leading to instability that eventually creates vacuum for organisations like Haqqani network, TTP, TTA, Al-Qaeda, Jamaatul Ahraar and others.

He reiterated that National Directorate of Security (NDS) of Afghanistan and Research and Analysis Wing (RAW) of India still pose concerns for Pakistan.

The FO representative said that Pakistan would continue its support to the world powers to defeat the menace of terrorism and won’t indulge in blame game.