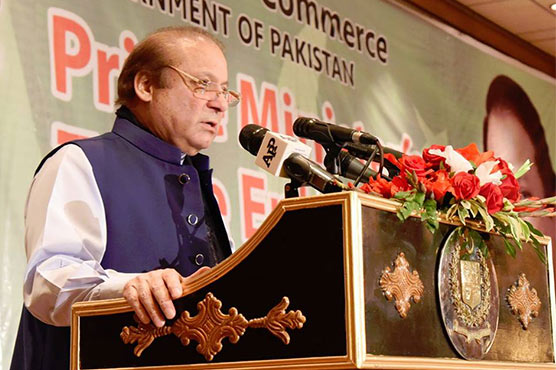 He claimed that a  new  Pakistan is on the rise and we are heading towards a social change. “The country is moving forward while development projects are being carried out”, he added.

Nawaz Sharif slammed the past governments by saying that they did nothing for the country which is why we are facing numerous problems. He told that now the economy is rising day by day.

While pointing out the situation of transportation, he said that the structure of motorway is spreading while Pakistan Railways is also improving. He expressed faith in media but criticised some media networks that are trying to portray a negative image according to him.

The premier announced a package worth PKR 180 for manufacture exporters. He promised to end illiteracy and unawareness in the country.