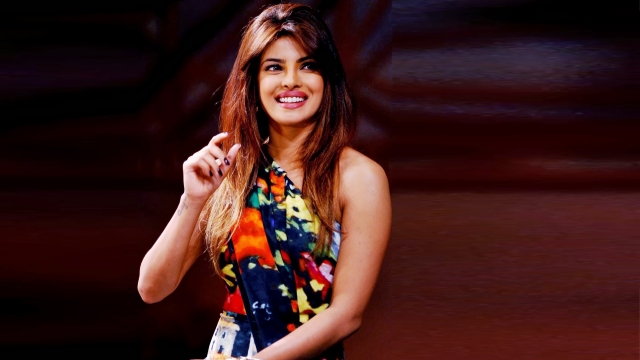 It would be an understatement to say that we’ve just missed Priyanka Chopra. In the last two years, she’s hardly spent around 50 days in India. And that was a setback for all her Indian fans.

While the actress was busy filming for her prime time show Quantico, she is now back in the bay. The actress who has been globetrotting has finally decided to stay in India for more than we have thought of. And thankfully, now in the coming months, we will get to see a lot more of PeeCee!

The actress is now in the city to promote her maiden Hollywood venture Baywatch. The film marks her first step in international cinema and she shares screen space with stalwarts like Zac Effron and Dwayne Johnson. She’s unbelievably hot in the few promos and posters launched and we simply can’t wait to see her in the film. As of now, the Baywatch team might not be able to make it to India for promotions so she has to shoulder the whole film’s release here all alone. Plus, her stint on Quantico is done for the whole season and we are still unsure if the show will be picked up for a third at all.

News has gone viral that she is starring in the Kalpana Chawla biopic. The actress has already signed her first Bollywood film post Bajirao Mastani and she will indeed play the legendary astronaut on screen. So that will definitely keep her busy for the remaining half of the year.

Right after she is done with the Kalpana Chawla biopic, she gets busy with another project – The Sahir Ludhianvi film where she plays Amrita Pritam. Talks are on and they are locking the final script for now. So once she signs this one, she is definitely here to stay for the next one whole year or so.