Railway operations were suspended in various parts of the country late Saturday night as train drivers stopped their locomotives on the tracks in protest against non-fulfilment of their demands, DawnNewsreported.

A station master at the Rawalpindi train station told DawnNews that negotiations are ongoing and train operations are expected to resume shortly.

The Train Drivers Welfare Association (TDWA) called for an indefinite strike, taking effect from midnight, to press their demands, which include upgrading the pay scales of railway employees, paying overtime wages, and reinstatement of sacked colleagues, according to DawnNews.

TDWA head Irfan Iqbal said the body had called a strike as Railways Minister Saad Rafique had ignored their demands.

He added that the government had assured train drivers it would pay them for overtime but failed to deliver. 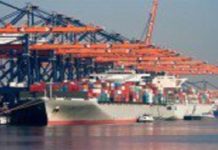