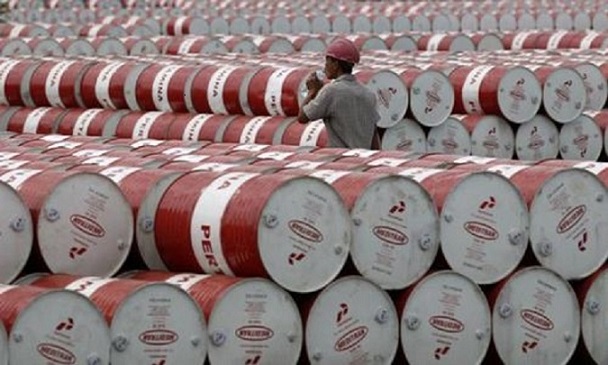 ISLAMABAD: The Oil and Gas Regulatory Authority (Ogra) has proposed an increase in oil prices for January citing an uptrend on the global market.

A summary of Ogra’s calculations, which has also been forwarded to the Ministry of Petroleum, showed that prices of kerosene and diesel were increased the most.

The calculations are made by Orga for the next month on the average prices of products and the crude oil during the outgoing month.

“There is a traditional increase in prices of kerosene and both the diesel fuels during November and December due to high heating demands from most countries,” said an official of the petroleum ministry.

The highest price increase of Rs6.93 a litre has been observed in kerosene prices, which now stand at Rs50.18 a litre for January.

The price of high-speed diesel (HSD) has been increased by Rs3.94, to Rs79.16 a litre. HSD is the highest selling petroleum fuel in the country, as it is consumed by large generators and heavy vehicle engines.

The price of light diesel oil (LDO), used to run small engines and mills mostly operated in rural areas, has been increased by Rs3.48, to Rs46.82 a litre.

However, a nominal increase of 31 paise has been calculated by Ogra in petrol prices which have been raised to Rs66.58 a litre.

Similarly, increase ranging between Rs4 and Rs6 has been calculated in the prices of three main aviation fuel produced in the country, ie JP-1, JP-4 and JP-8.

However, a petroleum ministry official maintained that the recent increase in global oil prices was mainly due to a deal reached by Organisation of Petroleum Exporting Countries (Opec) and some non-Opec members to reduce their output. Though the deal is likely to start from Jan 1, its impact is already visible.

The price of Opec basket of fourteen crude oils rose to around $52 a barrel in December compared to around $43 a month earlier.

At the same time, the average price of US benchmark West Texas Intermediate crude oil was $54 and that of Brent crude was $56 a barrel in December.

Similarly, prices of petroleum fuel also rose in December. Officials estimate that oil prices would continue to rise in January under the impact of global deal to cut oil output.