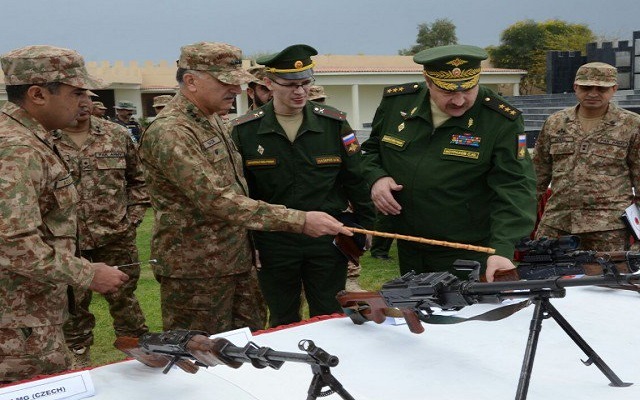 ISLAMABAD: In an unprecedented development, Pakistan Army on Thursday took a Russian military delegation – headed by Deputy Chief of General Staff Colonel General Israkov Sergi Yuryevich – to Miramshah, the administrative headquarters of North Waziristan Agency, in order to give them the firsthand account of the country’s anti-terror gains.

This is the first time a Russian military delegation has been flown to the region, which used to be considered a magnet for local and foreign militants before they were routed in a massive military operation, codenamed Zarb-e-Azb, in 2014. The development suggests warming up of ties between the two countries, which had remained bitter rivals during the Cold War.

According to the Inter-Services Public Relations (ISPR), the Russian delegation was briefed about Pakistan Army’s efforts to clear the Federal Administered Tribal Areas (FATA) of terrorists of all hues and colours. The delegation was also briefed on the Pak-Afghan border management and socio-economic development projects in the area for enduring stability.

Relations between Pakistan and Russia have seen significant improvement over the past few years with both countries looking to bury their animosities of the Cold War era. Late last year, the Russian military for the first time took part in joint war games with Pakistan in yet another sign of their burgeoning defence and strategic cooperation.

Now, the two countries have also convergence of views on the current unrest in Afghanistan. Despite being in the opposite camps during the 1980s, both Islamabad and Moscow are now cooperating and working closely with each other to find a political solution to the festering conflict in Afghanistan. 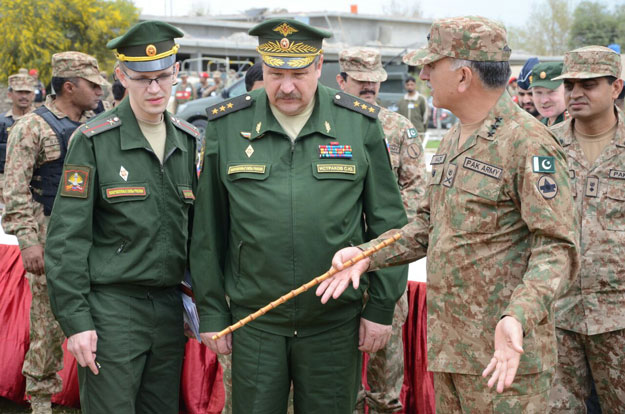 A senior security official said that given the current regional security environment, Pakistan and Russia ‘are natural allies’.  The official, who spoke on the condition of anonymity, added that the two countries could form an alliance for regional peace and stability. They are already in talks on how to deny the Middle Eastern terrorist group, Islamic State, in Afghanistan.

Recently, Russia twice hosted both Pakistani and Chinese officials to discuss the way out in Afghanistan. Moscow is set to arrange another such session this time also inviting several central Asian states along with Pakistan, China, Iran and India to find a regional solution to the Afghan conundrum.

Pakistan reportedly warned the United States to step in to resolve the lingering stalemate in Afghanistan otherwise Russia will fill the vacuum. Moscow is playing a more assertive role in Afghanistan in recent months, especially after the US got embroiled in domestic controversies since the election of Donald Trump as the country’s president.

China and Russia are worried that increased instability would allow IS to set its foot in Afghanistan – a scenario they fear will have a spillover impact in the entire region.