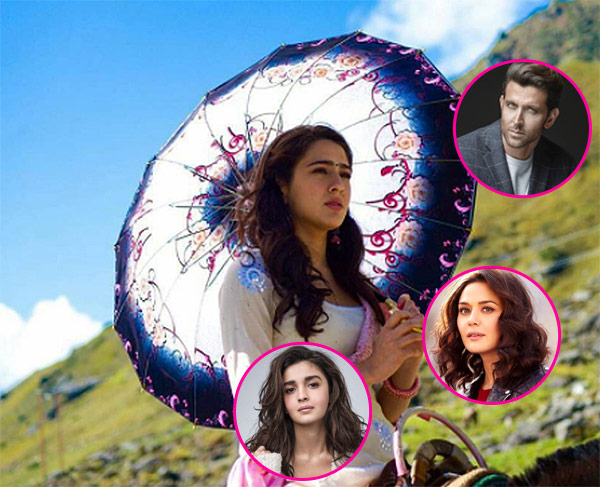 Every actor’s debut film is a special one for them. Even if they are not remembered for it, they will always hold it close to their heart. That’s why they go all out to create maximum buzz around their big Bollywood debut. Unfortunately, not everyone’s career takes off smoothly. Sara Ali Khan, whose debut flick Kedarnath is in limbo many wrong reasons, might know what we are talking about. However, she should know that she is not the only one whose debut has been jeopardised. Many actors, who are superstars today, had to go through something similar. Here’s taking a look at all of them… The Greek God of Bollywood, Hrithik Roshan, who became an overnight star with the huge success of Kaho Naa Pyaar Hai, had signed a Shekhar Kapur film earlier in 1997, titled Tara Rum Pum Pum. In fact, the film was also supposed to be the debut of Preity Zinta. But for some unknown reasons, the film got shelved. As we told you earlier, Preity Zinta was supposed to make her first silver screen debut with Tara Rum Pum Pum. Interestingly, before that she was popular for a Liril ad and had to go through an audition to grab a role in Shekhar Kapur’s film. One of the youngest actresses of Bollywood, Alia Bhatt made a successful debut with KJo’s Student Of The Year. However, many don’t know that she was earlier supposed to make her first silver screen appearance with Sanjay Leela Bhansali’s Balika Badhu. But due to her studies, she wasn’t able to do that film and it was ultimately even shelved. Television star, Karan Singh Grover, who made his big Bollywood debut with Alone, was supposed to get launched with Lorie in 2011. The actor had shot for the entire project, but it was dropped in its post-production process. The Bengali beauty, Bipasha Basu was supposed to make her debut much earlier than it actually happened. Veteran actress Jaya Bachchan had convinced Bips to make her debut opposite Abhishek Bachchan in JP Dutta’s Akhari Mughal. Soon after Bipasha agreed to be a part of it, the film got dropped.