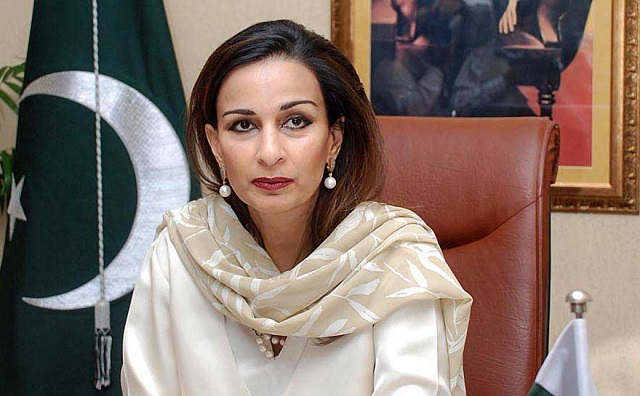 Former federal minister for information and Pakistan People’s Party leader Senator Sherry Rehman made a case for Pakistanis to take back their constitution in her opening keynote address for the second day of the Pakistan Summit of the London School of Economics held at the Institute of Business Studies (IBA).

Asserting on the importance of understanding the constitution, she said for democracy to be meaningful, citizens must put it to use as a constitutional entitlement. “We have very little sense of our entitlements. The constitution is not a remote document but something which gives rights,” she said.

“The government for the people, by the people is no more. It’s now government with the people. The democracy will not work if it’s a top-down construct,” she said. “It is timely to be asking questions about the laws that govern our country and laws outside, even as borders harden. Mapping the fundamentals is important to the architecture of laws that govern us today,” she said.

“One core value that we must work on is inclusion. Pakistan is not a monolith and we have been managing our diversity pretty badly. Minority voices matter. All citizens must have equality in the eyes of the state,” said the senator to applause from the audience. In her address, Senator Sherry highlighted the importance of detecting global trends.

“We are living in an era of profound change and social upheaval but we cannot disconnect. Our constitution needs to account for the three major global trends climate change, terrorism and accelerating digital usage,” she said.

“The 18th amendment refashioned the entire relationship with the centre and the way resources are distributed. It envisioned to strengthen federal units, national institutions and ensure that issues of public importance are resolved democratically at a local level. The RTI for instance, played a critical role in making the government less remote.”

The lawmaker went on to say, “The nature of reform is extremely unwieldy and a fair amount of compromise and political consensus made the 18th amendment possible. Then president Asif Ali Zardari did not have to reduce the powers of the president but he did. The PPP government restored the 1973 Constitution and devolved all powers to the provinces to end the sense of deprivation in smaller provinces. It has become the party’s pledge and commitment to its manifesto and the people.”