LAHORE  – Senior journalist and analyst Sohail Warraich best known for his programme ‘Ek Din Geo k Sath’ among a variety of notable contributions to the field of journalism, has joined Dunya News in capacity of Executive Director.

Dunya Media Group is pleased to announce the fresh affiliation with the prominent media personality. The celebrated analyst will assume responsibility of Executive Director of Dunya News while perform duties as Group Editor in Roznama Dunya.

Warraich has earned a master s degree in political sciences and was affiliated with GEO Television ever since its birth.

He began his journalism career in 1990 and hosted a political talk show called Left Right, putting forth viewpoints of the Left-wing and the Right-wing. He also appeared on a programme known as Meray Mutabiq along with journalists Iftikhar Ahmad and Hassan Nisar.

He authored two books, ‘Qatil Kaun’ and ‘Ghaddar Koun’. In the former compilation, Warraich explored the factors that led Pakistan to 1999 coup and the events that unfolded after October 12, 1999. 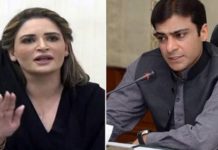 Rise against corruption, Imran tells nation ahead of Panamagate verdict 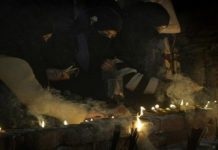