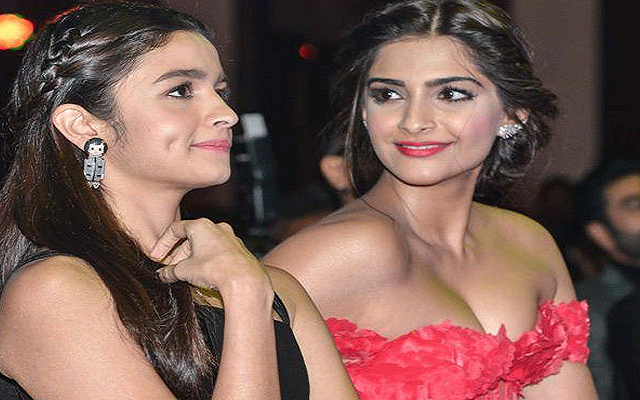 Kangana Ranaut stirred quite a controversy when she shared the coveted couch on Koffee With Karan with Rangoon co-star, Saif Ali Khan.

The Queen actor called film-maker Karan Johar the ‘flag-bearer of nepotism’ in Bollywood, which saw a string of reactions regarding his preferance to cast Bollywood star kids in his movies.

Previously Alia Bhatt opened up about Kangana’s statement. Talking about it to the reporters, the Udta Punjab star said, “I believe Kangana said that in a very different context and she was only speaking from her own perspective. I don’t think she was attacking somebody. I feel I have given my views on nepotism, a lot of times that I have now got bored of talking about it.” reports Business Standard.

Now, Sonam Kapoor in a recent event, responded to Kangana’s remark, saying, “I don’t even know what Kangana said. I am travelling these days. What has she said? She keeps saying things all the time. She’s very entertaining, I love Kangana. I look forward to her interviews.”