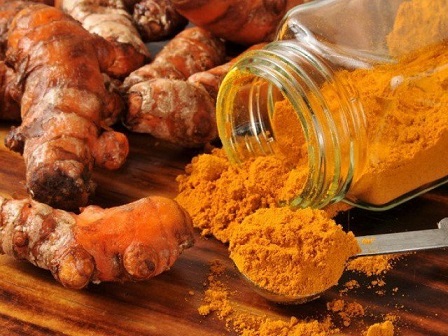 Turmeric – the all-purpose spice common across every Pakistani home – has been taking food trends by storm.

According to Google, searches for turmeric have grown 300% over the last five years. The South Asian spice has lengthy roots in the history of the sub-continent. Known for its anti-inflammatory benefits, turmeric has been part of ancient medicinal remedies for centuries.

While the golden spice is ubiquitous across many Asian cuisines, the wider world has only recently come to know of its purported super powers. Mostly known as a curry ingredient that leaves behind indelible yellow stains on appliances and fingernails, a Mintel report included turmeric in its list of super foods for 2016.

Turmeric latte or Golden milk – haldi doodh as we desis call it – a combination of milk and juiced turmeric root is 2016’s drink of choice according to The Guardian. Turmeric lattes are now being sold at cafes from Sydney to San Francisco, and the drink is gaining fans in the UK.

At Modern Baker in Summertown, Oxford, sales of the Golden milk surpass that of regular lattes, they also serve it with an espresso shot and have an iced version on the menu.

Notting Hill vegan restaurant Nama has had the drink on its menu for nearly two years. “Nobody was really serving them,” Nama co-founder Irene Arango recalled. “We used to do little tastings at Nama and people got hooked.” Promoted for its health benefits, Arango said it happens to be particularly popular with customers in the mornings.

Back in South Asia, turmeric milk is a traditional remedy for all ailments. From healing wounds to dry cough, it is also taken as an anti-depressant to cure insomnia.

This article originally appeared in The Guardian.