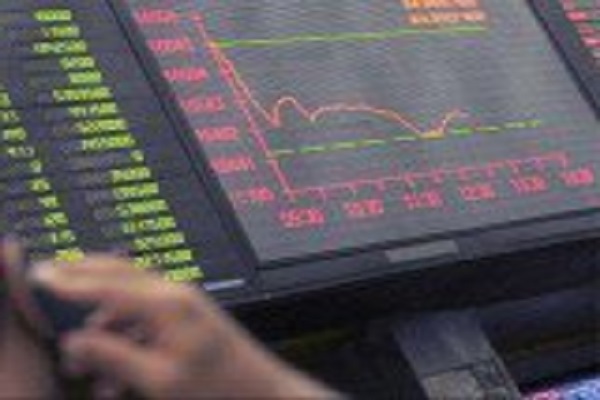 Falling crude prices in the international market took their toll on the index-heavy oil and gas sector amid dull trading with cumulative volume dipping to 133 million shares compared with Friday’s tally of 182 million.

According to JS Research analyst Arham Ghous, the market is expected to remain volatile. He recommended investors to stay cautious.

“(POL -3.81%) and (PPL -2.03%) plummeted further down and closed in the red as oil prices skid to their lowest in three months despite OPEC efforts to curb crude output,” he said.

“(ISL +2.74%), (ASL +4.09%), (STCL +7.54%) and (INIL +0.83%) perked up, closing in the green as Lahore High Court did not grant any stay order to commercial importers of tiles, steel and paper in the four new petitions filed against the anti-dumping duty investigations by the National Tariff Commission,” he added.

“Major dent came from Index heavy Oils that opened gap down and traded lower throughout with Oil & Gas Dec (OGDC PA -2%) leading the declines as investors tracked the latest plunge in global crude due to rising US production,” he said.

“United Bank (UBL PA -2%) too continued to slip as anxiety and confusion over Friday’s rumour of leadership change remained.

“Expect volumes to pick up in days ahead with local interest in (MSCI EM) names likely lifting sentiments while any clarity on Panama Case and planned new leverage product is expected to boost investors’ interest in wider market,” he added.

Shares of 397 companies were traded. At the end of the day, 82 stocks closed higher, 296 declined while 19 remained unchanged. The value of shares traded during the day was Rs7.2 billion.

Foreign institutional investors were net buyers of Rs355 million during the trading session, according to data maintained by the National Clearing Company of Pakistan Limited.