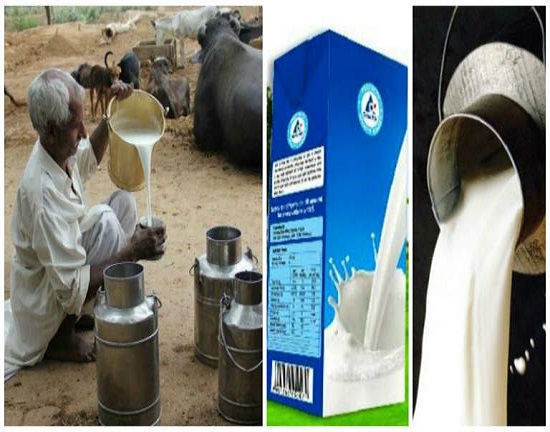 LAHORE – The Supreme Court of Pakistan formed a commission yesterday to inspect different milk and water companies. Directions were issued to Punjab Food Authority to ensure completion of reports on the basis of samples taken from the local companies.

Officials of the Food Authority told the apex court on Tuesday that samples of 30 dairy and 313 drinking water companies had been collected and sent to its laboratory for analysis.

Giving a statement before a two-judge bench, headed by designate Chief Justice Mian Saqib Nisar, PFA Director General Noorul Amin Mengal said that strict action would be taken if samples of any company were declared substandard.

The SC bench observed it would take this matter to the logical end.

During the hearing, the bench snubbed the officials of the companies which were manufacturing milk products and water when it read reports on contaminated elements in the milk. “No one would be allowed to play havoc with the lives of the innocent citizens,” the bench observed.

The court was hearing a petition against sale of substandard milk and drinking water moved by Barrister Zafarullah Khan of the Watan Party. Mr. Mengal also filed a report showing action against milk products of poor quality.

The lawyer-petitioner submitted according to the laboratory report of Pakistan Council of Scientific Industrial Research, there was detergent powder and dangerous chemical particles in loose as well as packed milk of some companies while the authorities have failed to take action against the responsible.

Punjab Food Authority, in its report, stated that Dalda Dairies was sealed for manufacturing substandard liquid whitener (Cup Shup), Al-Fajar Dairy & Foods Ltd was also sealed while Acha Dairies was fined for not meeting the criteria required under the Punjab Pure Food Rules 2011.

The report revealed the PFA had canceled licence of Al-Fazal Foods for repeated violations of the rules and standards for running a food business. It further said the milk production of Doce Foods was stopped and it was also served with notice to remove shortcomings. A fine of Rs500,000 was imposed on the company.

The report disclosed that Gourmet Foods had improved its shortcomings regarding microbiological issues in fresh milk. However, the bench, being unimpressed by the report, directed the PFA DG to submit a comprehensive report on the matter.

Barrister Khan contended that use of contaminated and substandard milk had been causing serious diseases among the citizens, including cancer and hepatitis-C. He asked the court to ban use of contaminated, adulterated milk and water, sale of quick growth poultry as well as sale of injections being used for buffaloes for milking.

PFA will present sample reports of milk and water on the next date of hearing which would be determined by its registrar’s office. The court also directed the local commission to submit comprehensive report after inspecting these companies.