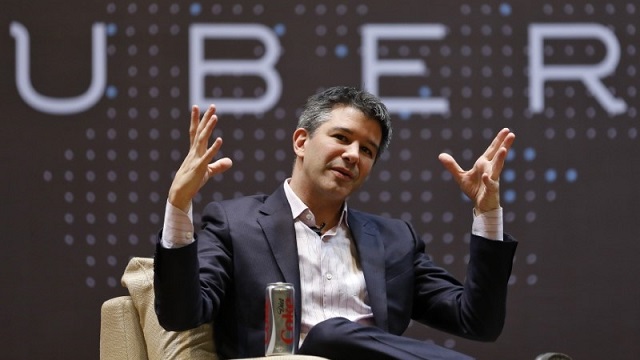 SAN FRANCISCO: Uber chief Travis Kalanick will remain in the driver’s seat as the scandal-tainted on-demand ride service tries to plot a friendlier course with workers, riders and drivers.

Board member Arianna Huffington joined executives Tuesday to update journalists on efforts to steady the wheel at the San Francisco-based firm, with help from a second in command to be brought on as a “partner” for Kalanick.

Uber has been rocked by disclosures about a culture of sexism, cut-throat workplace tactics and covert use of law enforcement-evading software.

“It is clear that Uber and the whole ride-share industry would not be what it is today without Travis,” Huffington said while fielding questions on a conference call.

“He started as a scrappy entrepreneur, and now he needs to bring about the changes in himself and the way he leads that are appropriate to a big company.”

But Huffington insisted there has been no discussion on the board about Kalanick stepping aside.

She acknowledged that there has been no shortage of Uber news in recent months.

Kalanick made a hasty exit from a business advisory panel for President Donald Trump after a consumer boycott campaign fueled by concerns that he was aiding a leader with divergent values.

“Going forward, there can be no room at Uber for brilliant jerks and zero tolerance for anything but totally respectable behavior in an equitable workplace environment,” Huffington said.

“I’ve told Travis and the management team I will be holding their feet to the fire.”

Uber is seeking a chief operating officer with significant experience who can thrive at the fast-growing company.

Uber’s workforce doubled last year and was on a similarly hot pace for growth this year, according to executives.

While identities of candidates were not disclosed, Huffington said “the best of the best are coming to the table.”

Kalanick did not take part in the briefing, with the company saying he was occupied interviewing COO candidates.

Training and internal changes are taking place inside Uber to promote diversity and fair play, along with teamwork, according to chief human resources officer Liane Hornsey.

“Uber is disruptive — and disruption demands the confidence to be bold,” Hornsey said on the call.

“What I have seen though, is that this has translated internally to what I would call a cult of the individual.”

Uber’s first diversity report is expected in the coming weeks, and an investigation into allegations of sexism at the company could be completed by the end of April.

Meanwhile, Uber is making changes to its smartphone application and support network to improve conditions for drivers, according to the company’s US and Canada business chief Rachel Holt.

Despite a #DeleteUber campaign that got traction on social media as the firm hit controversies, growth is accelerating, with new riders joining and existing users taking more trips, according to Hornsey.

Ridesharing giant Uber has seen a number of executives depart in recent weeks, most recently president Jeff Jones, who had worked there just six months.

Kalanick is known for taking a hard line in battles with regulators and taxi operators in markets opposing the entry of a new kind of competitor.

But he has been humbled by recent events, which included the release of a dash-cam video showing him berating and cursing at one of Uber’s drivers.