MELBOURNE – Star batsman and ODI skipper Azhar Ali hit the highest score by a Pakistan batsman in Australia on Wednesday on the third day of the second Test at the Melbourne Cricket Ground.

Azhar is the first Pakistani to hit a double-century in Tests in Australia.

Azhar overtook Majid Khan’s previous highest score of 158 posted in Melbourne 44 years ago and was just three runs short of Viv Richards’ ground-best of 208 for a visiting batsman when the declaration came.

Azhar was brilliantly batting at 93 when he had to face a bizarre decision by the third umpire. 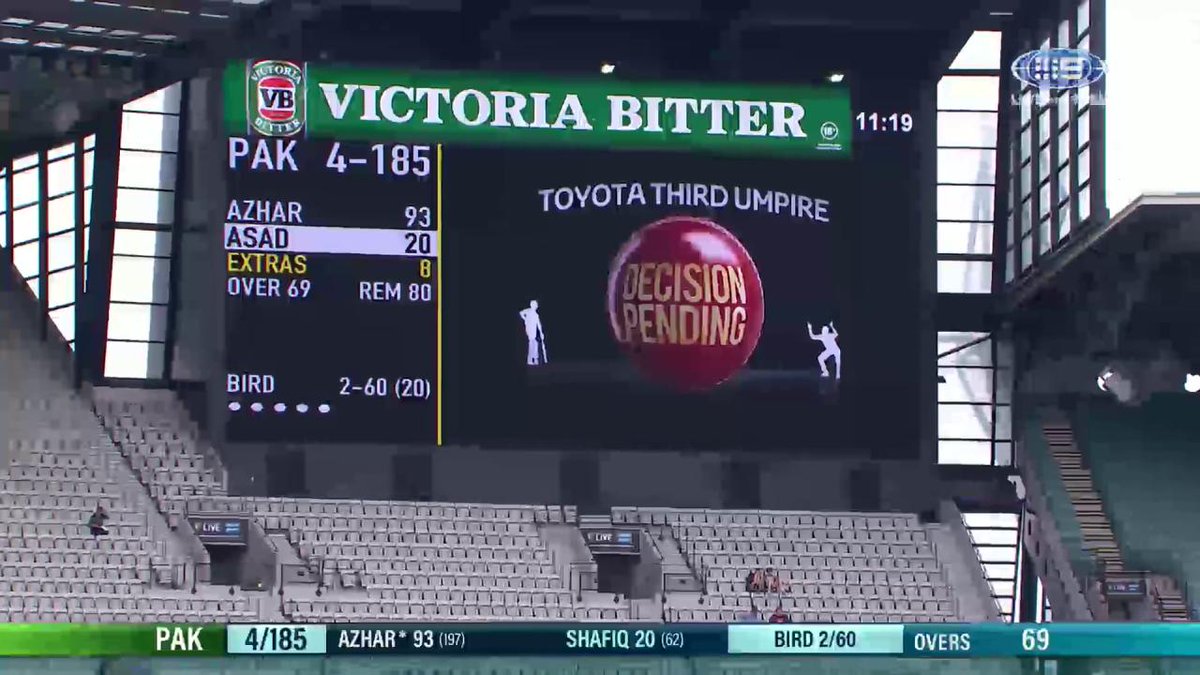 He was at the non-striker’s end when Shafiq played down the ground and Jackson Bird managed to get a fingertip on the ball as it rolled down and hit the stumps.

However, Ali did manage to put his bat inside the crease before the ball dislodged the bails. But umpire S Ravi went up to the third umpire to be sure.

The replays suggested that Azhar had reached the crease quite comfortably. But surprisingly the third umpire flashed an ‘OUT’ decision on the big screen.

There were loud cheers when the big screen showed the decision in Australia’s favour but the cheers turned into boos when Richard Illingworth, third umpire, realised his mistake and quickly changed his decision and pressed the right button a few seconds later.