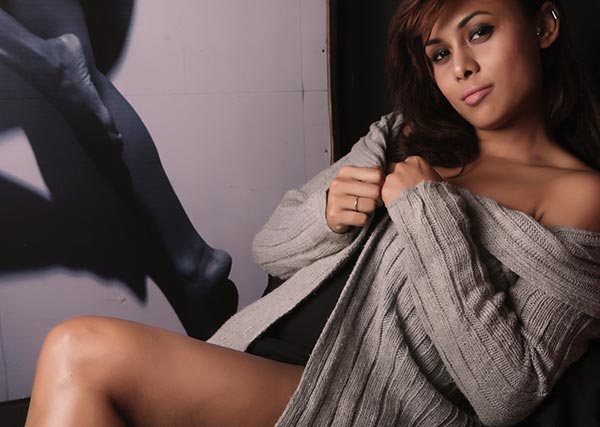 You might identify her as the actress you last saw in the 2016 release, A Scandal. Reeth Mazumder, also known as the ‘Festival Girl’ due to her films being a favorite at the international film festivals, has much more to her dynamic personality. Once a professional model, Reeth is one of the few Indian actresses who have made a successful transition from Bollywood to world cinema. Latest we hear she moved to Toronto, Ontario, Canada to study writing for film and television in Toronto Film School. Now isn’t it a bold decision to leave the industry at the peak of her career to pursue her passion for writing?

Well, Reeth is determined to make it big as a script writer and director, and at the Toronto Film School, she is learning the ropes of the craft in an inspiring and high-energy environment, where students are mentored by industry professionals, and get exposure through hands-on, industry-based portfolio projects that enable them to showcase their work.

But what exactly prompted her to switch from acting to writing? “I did three films in that industry (Bollywood). I think I was looking for something else, maybe I was not doing the kind of films I wanted to do… maybe I didn’t meet the director I wanted to be directed by… maybe it wasn’t my story,” says Reeth.

Recalling that joining Toronto Film School was not a decision she could make overnight, Reeth says, “Last year, when I was in New York, I decided I wanted to write and that’s how it happened. That was not a decision I made over night… I had been constantly thinking about that. Should I leave everything behind and go? Who said there can be only one passion? I loved acting, but I also wanted to write. I wanted to write, because probably those were the things I wanted to see myself do in front of the camera. And now, I wanted to write roles, characters that are close to me… and for me it was very important to come and join the school because I wanted to know the actual grammar of writing also!”

The actress has recently returned to India on a trip representing the Toronto Film School. On March 30th, she was in New Delhi where she shared her story of personal growth and pursuing her passion. Reeth’s story is one example of many international students who are passionate about creating their own stories in life. And Toronto Film School being Canada’s top-ranked film school that offers programs in acting, writing, film production, fashion, design, video games and others is helping the students pursue their dreams.

Do you share a similar passion for writing and creating your own story? This could be a good news for you. Reeth and Toronto Film School will be in Mumbai this Saturday, April 7 at Novotel Mumbai, Juhu Beach Hotel. To know more, or register for the event click HERE.