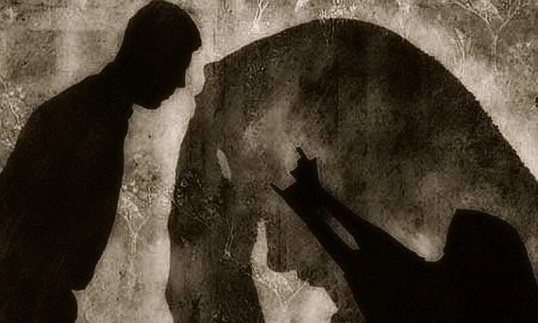 ISLAMABAD – A woman was allegedly gang-raped in in Islamabad’s Ghori Town on New Year’s Eve by four men.

The incident took place within the jurisdiction of the Sihala police station on Dec 31.

The suspects presented themselves as government officials, with one posing as a Member of National Assembly, other as Station House Officer and the third as a judge.

According to the FIR, the suspects made the woman consume alcohol and then raped her.

Woman, who hails from Bahawalnagar, was living with her husband in a rented house in Ghuari Town, Islamabad.

“My husband is a tailor. He doesn’t earn a lot so I had been looking for work to support ourselves and make ends meet,” woman said in her First Investigation Report (FIR).

She told the police that she had gone to meet a man for a job interview.

“A week ago, I met [Suspect A], who gave me his mobile number and told me about a school he runs in Sihala. He then asked me to give him my CV and said he will hire me as a teacher in his school,” Amna further said in her FIR.

“[Suspect A] called me for an interview in Sihala near the railway tracks on Dec 31. I reached the venue by 4pm. He then took me to a house nearby,” she said, alleging once they went inside the house, the accused made unwanted advances on her and tried to make her drink alcohol.

“He threatened me when I refused to have drinks with him,” she added.

“Soon after, three other men joined [us],” Amna said, claiming the men introduced themselves as MNA [Suspect B], SHO [Suspect C] and Judge [Suspect D] from Muzaffarabad.

According to police sources, one of the suspects is a property dealer, the other is a chicken seller, and the third was identified as owner of a shop selling electricity supplies.

Police took into custody one of the suspects while search for the other two is underway, sources informed. The victim was shifted to Islamabad Poly Clinic for medical examination.