TOKYO (AFP) – Tired of those unsightly smudges and other dirt on your bacteria-laden smartphone?

A Japanese firm has the solution with what it describes the world’s first smartphone that can be washed with soap and water.

Waterproof smartphones have been on the market for a while. But telecom company KDDI’S new “Digno rafre” phone — launched in Japan in December — is the only one that can withstand a soapy bath.

“Our development team washed the smartphone more than 700 times to test its durability,” a company spokesman told AFP. 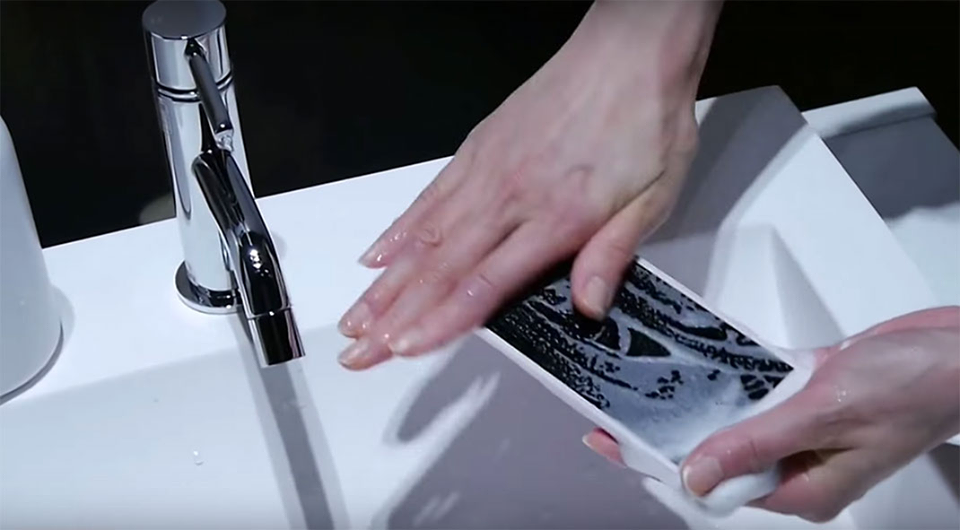 An online commercial aimed at proving its credentials features a child dropping the phone onto a plate of food topped with ketchup.

His mother assures her shocked family that those red globs are nothing to worry about as she soaps up the phone under a running tap.
The 21,600 yen ($175) gadget is mainly aimed at parents who want to keep their smartphones clean for their small children, a KDDI spokesman said.

But he also cautioned that only certain types of foamy soap could be used on the device, which will only be sold in Japan for now.